by jan vince
in Business, Tech
0 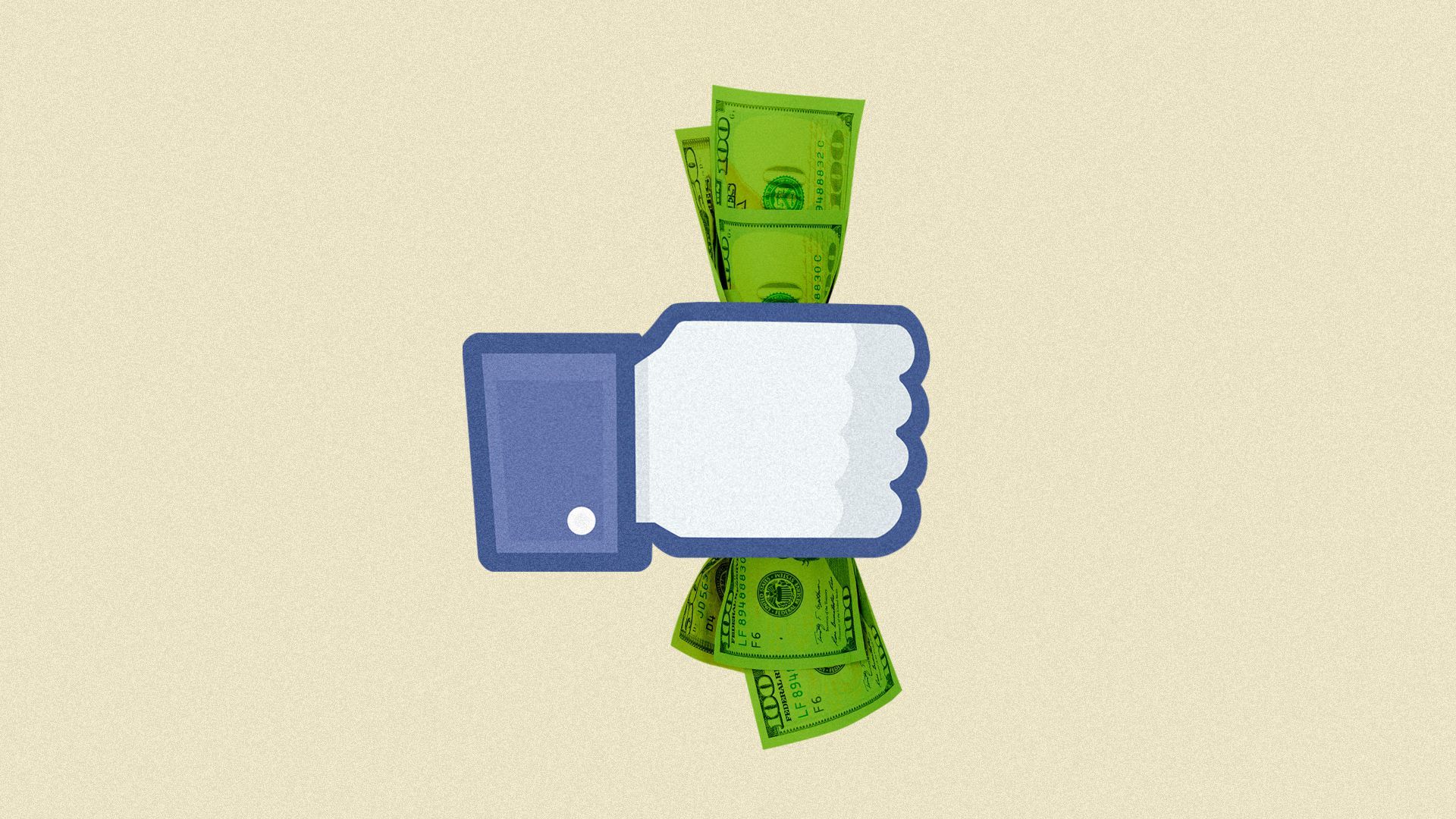 Why it matters: Starting a formal investing program aimed at startups could bolster the company’s ability to spot the next big social app before it becomes big.

That visibility is all the more important given that antitrust scrutiny has likely closed the door on large acquisitions by Facebook for the near future.Details: Facebook posted a job opening recently saying it was looking to hire a “head of investments” for its New Product Experimentation (NPE) team, ideally someone with 10 years of tech experience.”In this role, you will manage a multi million dollar fund that invests in leading private companies alongside top venture capital firms and angel investors,” Facebook said in the now-deleted job posting. “You will develop investment and impact theses, lead the execution of new investments, and support existing portfolio companies as needed.”Facebook confirmed to Axios that it has hired someone to fill that role but declined to name the person or say say how large the fund would be. Also helping manage the new fund is Shabih Rivzi, a Google and Kleiner Perkins veteran who was most recently at Gradient Ventures, one of the corporate venture firms owned by Alphabet, Google’s parent company.Between the lines: A source familiar with the company’s plans said the effort is not a general purpose fund but rather a targeted effort to stay in close touch with the startup world. Facebook characterized the effort as an extension of the work it has done in the past with startup accelerators and hackathons.”In the same spirit that the New Product Experimentation (NPE) group is charged with product experimentation, the team is also experimenting with ways to support external startups, including with capital,” Facebook said in a statement to Axios.Facebook’s corporate development teams already invest in companies, such as its recent $5.7 billion stake in India’s Jio Platforms, but this is a separate effort, focused on small stakes in startups.NPE, first unveiled last summer, is headed by longtime Facebook exec Ime Archibong. The new head of investments will report to Archibong.The unit has reportedly been working on a range of apps, from teen-focused ones for listening to music to apps for podcasting and travel. It’s also home to founders of some of the companies Facebook has acquired, like TBH and MSQRD, likely a way to retain them at the company in more experimental and interesting jobs. The big picture: Facebook has long tried to identify the next big thing in social media and either acquire the pioneer, as it did withInstagram and WhatsApp, or match key features, as has been the case with Snapchat (which famously turned down a $3 billion acquisition offer by Facebook).Another large acquisition of a social networking rival would be difficult if not impossible, now, given heavy antitrust scrutiny of Facebook. That puts added pressure on Facebook to find other ways to identify emerging trends and up-and-coming rivals before they become significant threats.Facebook has used a number of techniques to identify emerging apps that people are using. In 2013, it bought a company called Onavo that tracked apps as part of its VPN. Facebook pulled Onavo from the iOS App Store in 2018 after Apple said it violated store rules. Facebook has also gotten in trouble for using an Apple feature designed for corporate apps as a way to install research software on consumer iPhones that would not otherwise be allowed.Many large tech companies have their own internal venture funds. Intel was one of the first, but Microsoft, Google, Qualcomm and others have followed suit. While such efforts can produce solid financial returns for tech companies flush with cash, they can also be an important finger on the pulse of startup-land — a way to spot the latest trends, and potentially acquire these up-and-comers.Facebook itself isn’t a stranger to this concept. In 2007, it debuted FbFund in partnership with VC firms Accel and Founders Fund, a $10 million fund for startups building apps on Facebook’s platform and whose portfolio included Lyft’s precursor, Zimride.

How to Persuade People to Take Action Through Words – Oasdom